Provinces with the Best Job Opportunity in Canada

Canada certainly is the second-largest country in the world. It is home to more than 36 million, including immigrants. With this huge number of people one would think that there would be a lot of unemployment and an economy that isn’t as strong, but quite the opposite.

From November through December 2018, the rate of employment of Canada was 61.70 percent which is the percentage of people who have an employment opportunity as a percentage of the population who can work. The rate of unemployment has decreased substantially from 7.1 percent to 5.38 percent between 2016 and the year 2018.

A few provinces in Canada have had the highest rate of employment, including:

It is among the most well-known provinces in Canada and is home to the biggest metropolitan area (Toronto) and the biggest job markets around. Many major industries and businesses within Canada maintain their corporate headquarters within or in the Toronto region.

Ontario is also a great place to be for new immigrants to establish themselves in Canada because they have the most immigrants, which makes it easier to meet people and colleagues who have the same language as you.

British Columbia (BC) also has a significant number of immigrants. Different languages are spoken throughout the province. This can help those who are new to the province feel welcome and adapt quickly. There is a large demand for workers within the region, and particularly from the industry.

The need for workers within Nova Scotia is so high that Nova Scotia was prepared to give free land to people who would like to join their firms. While it’s not stated that the province has a large number of jobs, especially for immigrants with a high level of skill.

Nova Scotia is also involved in a project called The Atlantic immigration Pilot, which is aimed at bringing skilled and hardworking people to their province.

Alberta has experienced a more robust job market over the last few years. People who are immigrants and settle in the province stand a better chance of finding work due to the absence of skilled laborers in the region.

In 2017, the province launched its own initiative (Immigrant Nominee program) that assists immigrants who have the skills to connect with job opportunities that are more suitable for them.

The region also boasts a robust job market. It has seen an unemployment rate of 3% as of 2017 and has attracted many immigrants and job-seekers to its borders.

In the same way that the quality of life within these regions is extremely good, they remain to provide an excellent opportunity to work for skilled workers.

Job for a Baker at TWI Foods Inc.

Job for a Cleaner at Brampton Family Lawyers

See What It Costs To Live In Canada? 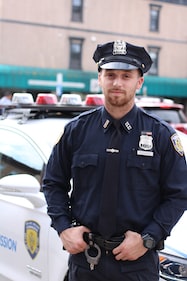